Really?  It's been that long since I wrote?  Wow.
Well, Thursday night (6/2) I rode my bike for half an hour and went to group.  On Friday I called my Dr because my chest was still hurting from the bike ride as though I hadn't taken any asthma medicine before my workout.  When he saw me that evening he said I'd really messed myself up and my bronchial system was super inflamed.  He gave me a steroid shot- which sucked- and some medicine.  We had been praying to know whether to go to Brianhead for the weekend as we had planned.  When we discovered earlier in the day that our bank account was dry then that sort of answered that.  So I thought we should hike Mary Jane Falls on Saturday instead.  Well, then the doctor said how inflamed my airways were so DH vetoed going anywhere with thinner air.  I'm grateful we got clear answers to our prayers.  I heard on the news yesterday that a woman was in critical condition after a boulder fell on her head on that very same hike over the weekend.  I can't help but wonder... 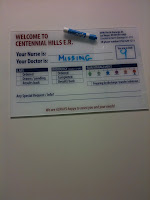 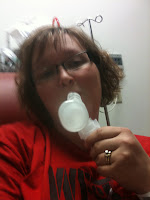 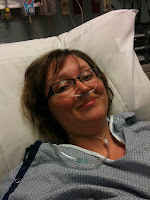 So any exercise or training has been off-limits, which is a major bummer.  But for whatever reason things really did flare up badly and I did have to spend time in the ER Sat night getting oxygen, a breathing treatment, and an i.v.
So it was obviously a very lazy weekend.  I also found it hard to eat well while sick.  Like I just didn't have the brain capacity to think of good food and to eat...and I just wanted carbs.  So I didn't do as well as I had been but I also didn't do horribly either.  I will weigh-in tomorrow.

Things otherwise are going okay.  I just am really super tired.  I'm trying to get things organized for the summer.  I can't believe school gets out in a couple of days.  I know the summer is just going to fly by and then it will be my birthday before I know it.  I really don't want to be overweight going into my 30s.  I want to have developed long-lasting healthy habits- sort of like my gift to myself.

DH has been doing okay.  Things have been really hard and stressful at work.  He works for his dad and that adds an extra element of stress when things are taken out on him.  But he has opened up to me and told me it has been hard and that he has written in his journal instead of acting out.  Even so, it's like I'm just waiting for the other shoe to drop.  There is a situation at work that needs to be handled and I know I will feel much better when it is.

the truth of the matter.