A year ago my husband and I had this dream.  We decided to open up a shop on Etsy as a way to hopefully pay for our hobbies and, if we were lucky, maybe even earn some extra money for Christmas and paying off debt and fun stuff etc.  See, DH had gotten into woodworking as an alternative healthy habit instead of turning to his pornography addiction.  It was a healthy outlet and he found he was actually pretty good at it.  He always thought of me as the creative one in the family (since I've been involved with art since my elementary school days) but now he was finding he was good at this and it provided him immense satisfaction and joy to make things for other people that they found joy and appreciation is.  All our tools have been hand-me-downs though so we hoped that we could at least earn enough money to be able to buy him some better tools and to fund his doing this hobby just for fun.  Same with me and doing art.  It's a difficult thing when you know that there is a healthy and useful outlet and even a talent you've been given that you long to improve and share with others...but you feel guilty because there is an associated cost to it and money is tight and the kids come first.  You know.  Anyway, so we started an Etsy shop and a FB page for it a few months later, for those reasons. 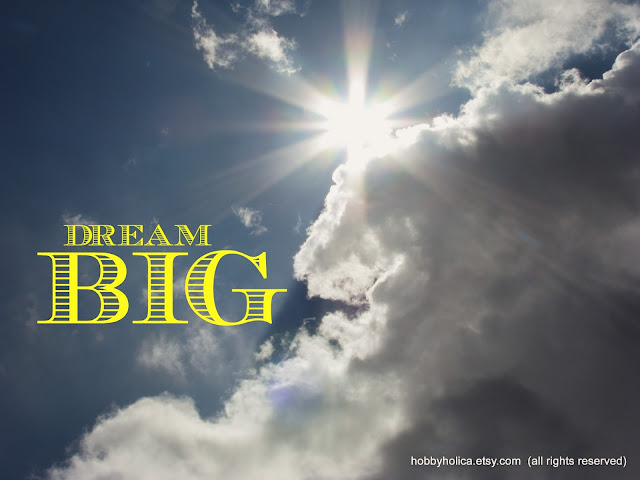 I haven't thought much of where we wanted to take this until recently when goals and aspirations have been on my mind a lot more.  It has always been our hope to at the very least be able to utilize it to come up with extra cash for Christmas and family vacations.  I am happy to say that we were able to do both this last year.  It was a tremendous, and miraculous, blessing.  Additionally, even being able to do this- to have this shop up and running- is a direct results of having lost our home, of my husband's addiction recovery, of many trials that have now been turned for our good.  Our new home has a shop...an extra room off the garage that is perfect for him.  There was a girls' camp fundraiser shortly after we moved in that gave him the idea to try making a few things to donate.  Those were so well-received that it gave him the confidence and encouragement to make that next step.  See how the Lord works?  He is amazing.

So the Heavens have opened lately.  That is how I feel.  I feel overwhelmed and blown away at how blessed we are.  I believe wholeheartedly that my Heavenly Father has been wanting to bless our lives but that because He too is also bound by law, He has been unable to do so to the extent He has desired so long as we were still in addiction.  As we have worked to improve our relationship with Him, to more fully turn our lives over to Him, to do the hard work of facing our weaknesses and trying to make them our strengths....He blesses us!  He blesses us so much!  I feel like I am still so far from perfect- like in the simple stuff of daily scripture study and prayer every single day- and yet He blesses me!  All I can figure is that He knows where my heart is and he wants me to run to Him.  He wants to show me that He really is there, He really does love me in all my imperfectness, and He really does want awesome things for me and is willing to help me have those if I am willing to work.

I feel so empowered when I think of this.  I think how just such a short time ago I was acting upon just a glimpse of a desire.  I wasn't sure that this Beachbody thing would work but I had a small enough desire to give it a change.  I was afraid of admitting to and facing an eating disorder, but I had just a glimmer of a hope that the change I saw in my husband could happen with me.

I haven't lost a ton of weight and yet I am finally able to envision that other me.  The fit and healthy and unstoppable me.  I see her again.  I couldn't find her for a long time.  I don't feel that it's like I'm some suddenly different person.  I see it more as having been in a place of light for so long that my eyes had adjusted and I didn't see just how much brighter it could be.....I didn't realize not all the lights were on, until they were on.  It's tasting that delicious fruit of the tree of life and wanting to share it with others because you didn't realize how much you were missing out on.

I have this way secret desire for my husband to be able to follow his dreams and passions while supporting our family.  Secretly he has always wanted to be a helicopter pilot, and he loves working with his hands.  Wouldn't it be amazing if he could actually be a woodworker and a helicopter pilot?  Wouldn't he be that much more amazing by feeling that much more fulfilled?  I can actually see that happening now.  I don't know if it will...but I do believe it can if he really wants it.

Those blessings.
God makes anything possible.  Gratitude makes more possible.  Humility allows God to work through us and pour out Heaven on our heads.

And because we have changed.
We have struggled for so long.... health and finances in particular.  I see a light at the end of that tunnel at last.  I heard it all.... I was blamed for our health struggles.  I was told I was a hypochondriac.  I was told it was my fault that my kids had allergies or asthma and that if I just was a better mother, or more clean or fed them better then we would all be better.  We were blamed for finances beyond our control.  Were there decisions we could have made better?  Were there bad choices made?  Absolutely.  Was it our fault when the job market crashed and a second job wasn't to be found?  Was it our fault when DH unexpectedly became too sick to hold a second job?  Were we responsible for the housing market crashing just as we were selling our house and moving into another that we had already calculated an appropriate amount of debt according to the income that was supposed to be coming in soon?  Nope.  Could we have done that differently?  Sure....but we wouldn't have had the trial of our faith and learned the lessons we did in those years that followed.  When DH's problem very first came out, many many years ago and before I realized it was an addiction rather than a problem, he had just lost his job and we were living off our savings.  I couldn't understand why we weren't blessed with a job or this or that when we were trying so hard.... and then when I found out about that I blamed him.  How could we expect blessings when he wasn't living worthy of them.  Sadly, it is often the consequence of life as an addict or as one married to an addict.  It is the consequence of being married to someone breaking their marital covenants.  It is a sad fact that we suffer the consequences of another's actions in a way that other's see without seeing the whole picture, without seeing the backstory that we know.  So it is.  It is also a beautiful and miraculous thing when the Lord is able to use those things for our good as He has for us.....over a lot of time and difficulty.
Please be aware of that when you are making observations of another's situation....health, finances, happiness, trials and joy.  You just don't know. 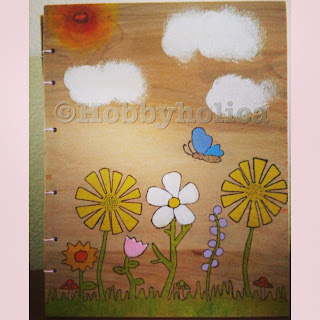 DH received a message from a customer yesterday.  This is someone whom he had made this beautiful journal for them to write letters to their child in.  A friend from high school (who I admittedly had sort of mixed feelings about because they'd been really close when we were starting to date and I had some jealousy issues there).  That's beside the point though. ;)  She apparently visited a local Vegas attraction where some wooden items were being sold that were somewhat similar to items she knew we sold.  She asked to speak with the gift shop's buyer and then told them about DH's wooden journals and other wooden items as well as his history as a LV native and more.  According to the message received from the customer, the buyer is extremely interested in DH's stuff and wants to talk about carrying it in the gift shop.  Are you serious?!  Dream big people.  Dream big.  Things can happen.  Put it out there.  I have long since admired a friend of mine who is making a living as an artist.  I remember just a few years ago when she made her first sale on Etsy.  Watching her success (she now has artwork being used as signs at Target and has designed makeup packaging and been featured in magazines etc) has encouraged me to dream ... but I've still always sort of seen that as happening to 'other people' and not us.  Our life was destined to be 'this way'.  Nope.  That was a lie Satan was telling us to rob of us our hope and blessings from God.  Why do we put limits on ourselves.  Limits are not there until we put them there.  Children do not know limits until we tell them.  God works the same way with us.  Dream big for your own sake.  Don't judge the smaller dreams or seemingly smaller successes of others.  You don't know what's underneath.

the truth of the matter.